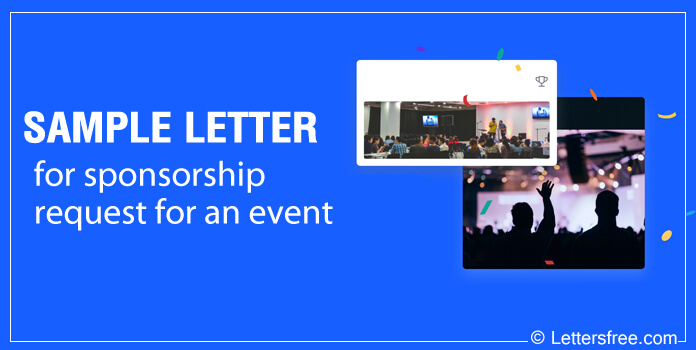 Sample Letter for Sponsorship Request for an Event

Sponsorship Letter For Event Template Sponsorship letter for event is used by NGO’s for the purpose of donation. The sponsorship request letter for music event, sports event, charity event, cultural event can be used for raising funds. Sponsorship [...] 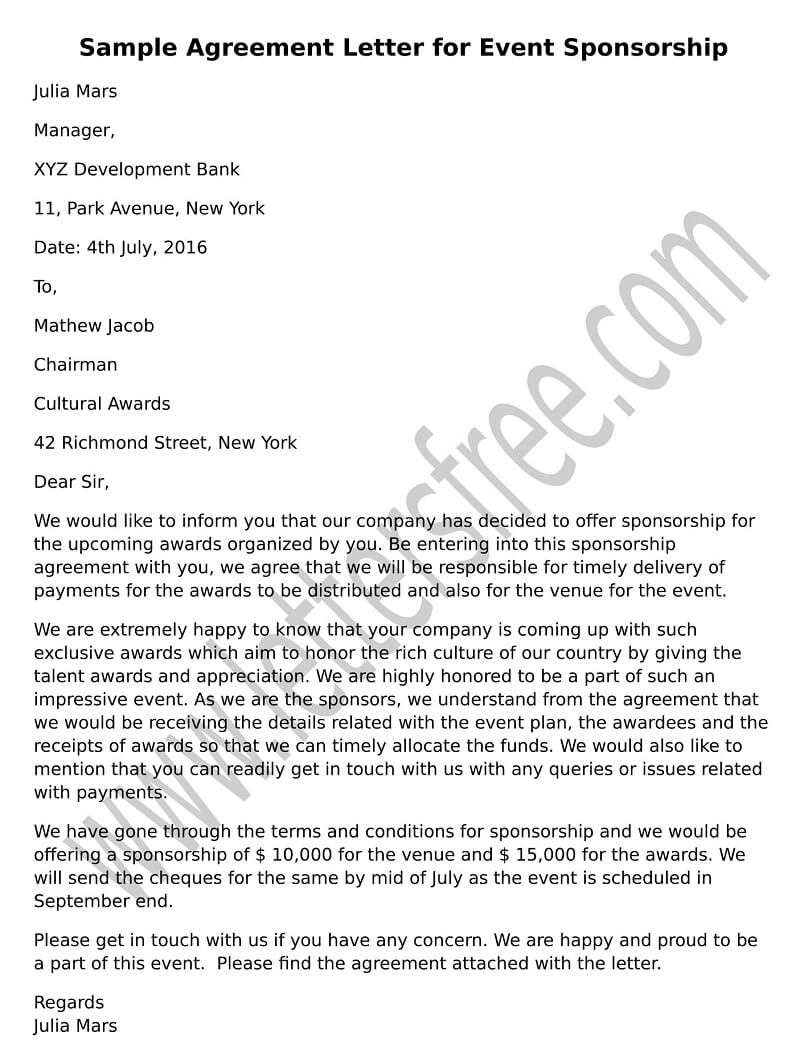 In corporate world, many events take place from time to time and event organizers invite companies and influential individuals to sponsor the event. If you also want to sponsor some event then you must submit this in writing. [...] 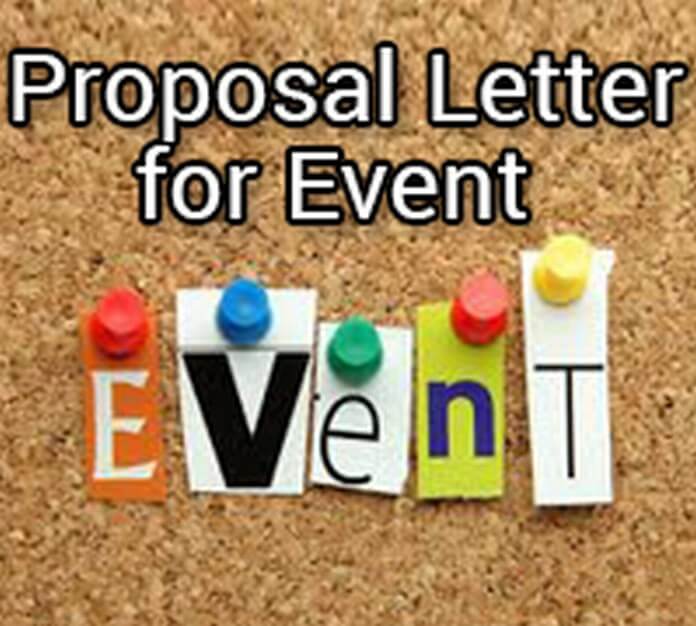 A proposal letter for event as its name says, the letter is written to invite some companies or organizations in an event arranged by the concerned company. The letter can also serve the business purpose. Mainly, the seminar [...] 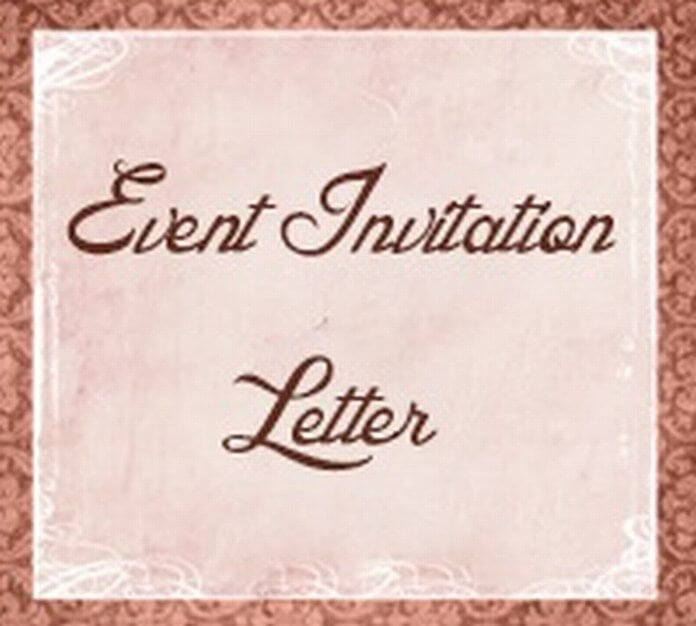 Event sponsorship letter is a formal letter to present a sponsorship proposal of a particular event. It is written by a company to another offering their sponsorship for an approaching occasion that is to be organized. It covers [...] 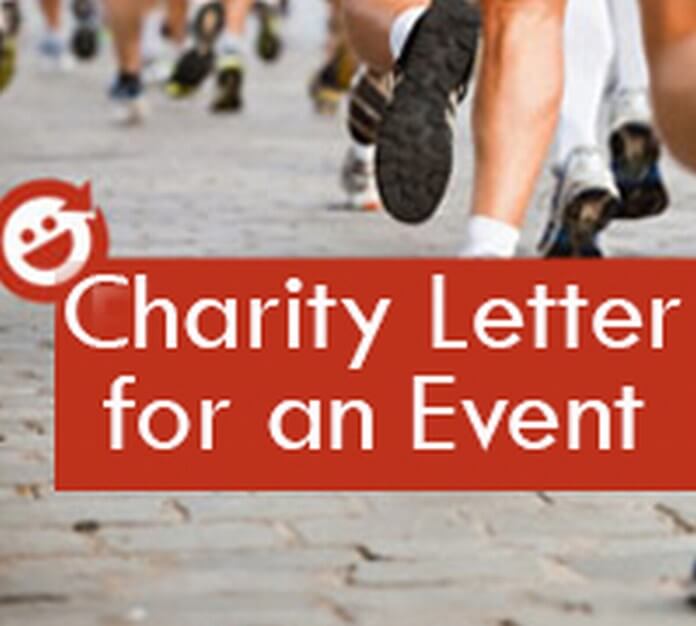 Charity Letter for an Event

Charity request letter for an event is commonly addressed to the corporate houses to collect charity for a particular event. This is written by the authorized person of social organization to get some financial assistance for a particular [...] 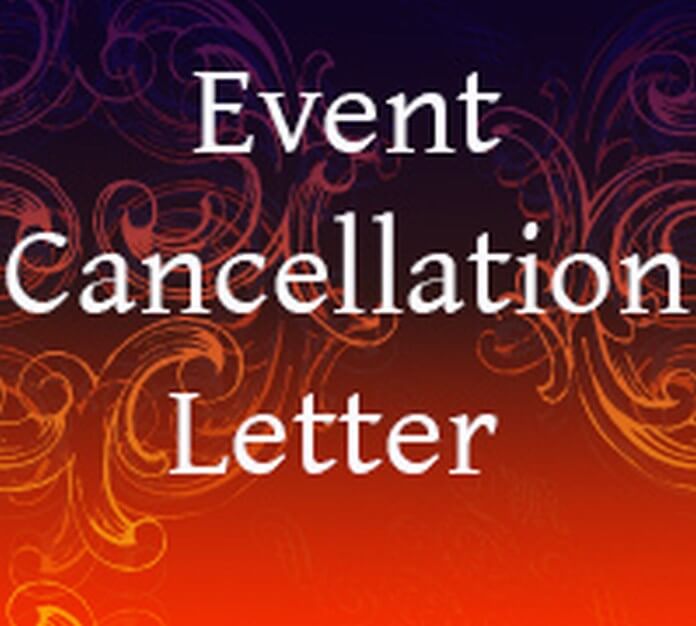 Event cancellation letter is usually written to formally inform the host by an invitee that he/she will not be able to make it to the event due to certain reasons. Such a letter is the most effective tool [...]