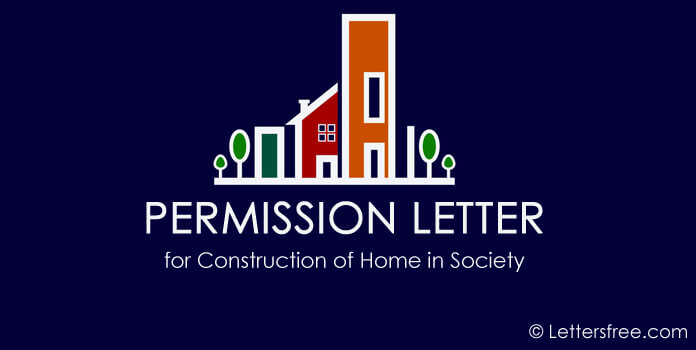 Permission Letter for Construction of House/Home in Society

Permission Letter for Construction of House If you are planning to have a house constructed in any society then you need to write a request letter for construction of house to the respective authority to get the permission [...] 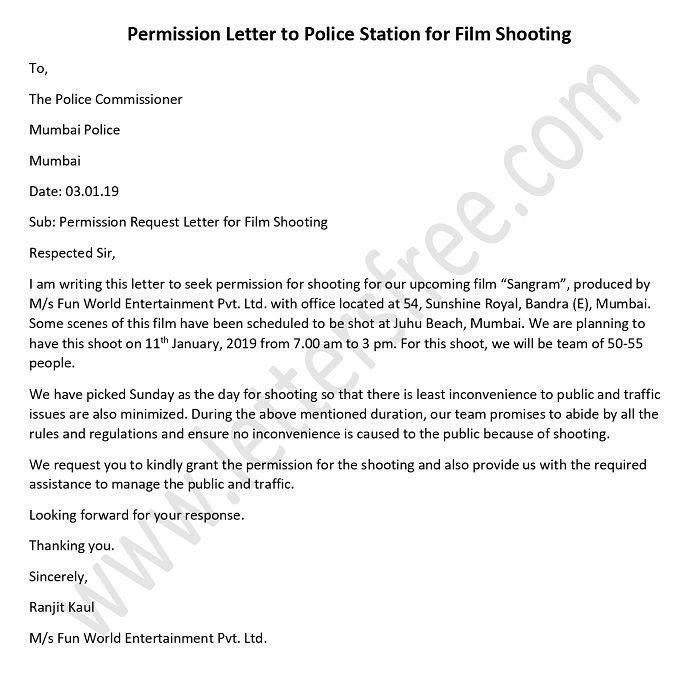 Police Permission Letter for Film Shooting When filmmakers shoot a film outside the film studios, they need to seek formal permission from the police station to ensure hassle-free shooting. For this purpose, they have to submit film shooting [...] 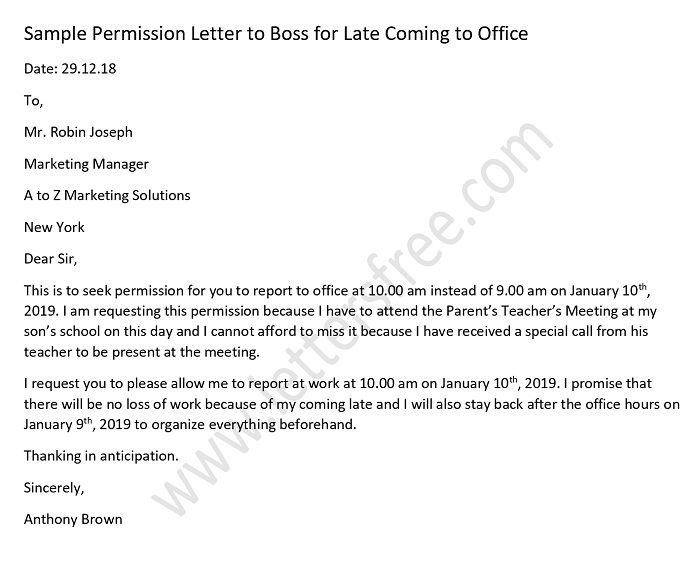 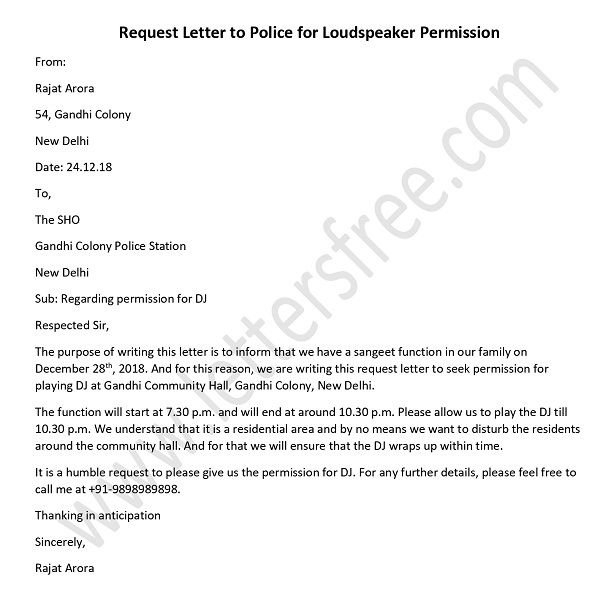 If you have a wedding in your family or there is a party in your house and you are planning to have a DJ arrangement or loudspeaker, it is important that you get permission from police. For that [...] 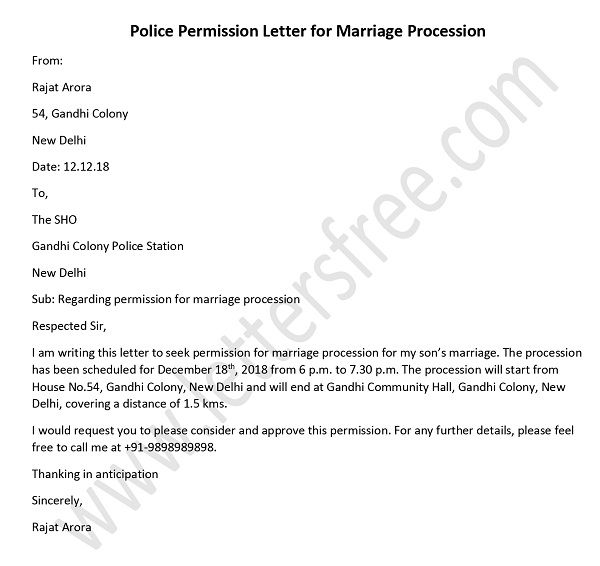 Whether you are getting married or someone is getting married in your family, in order to take out the procession, you need to write a permission letter for baraat procession to avoid any last minute issues. Just like [...] 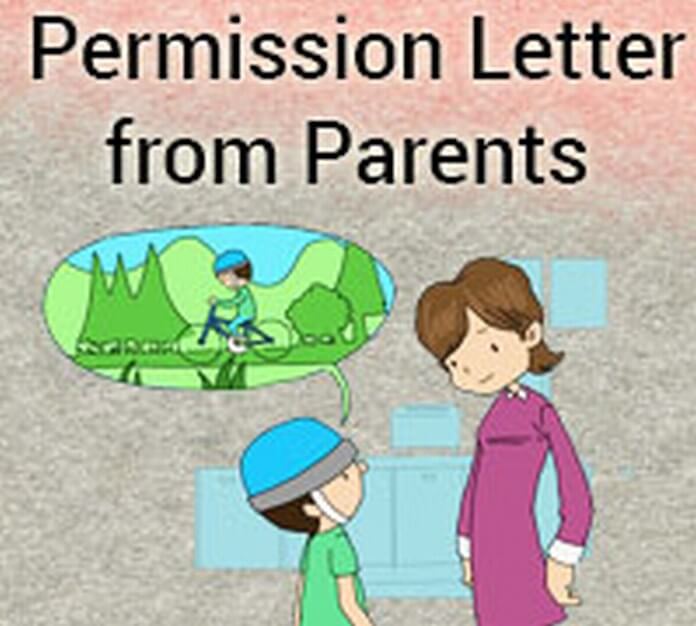 A permission letter from parents is needed when their children are taking part in an event or any kind of programs, which need consent from the legal authority to go further on the project. This letter is very [...]

Writing a permission letter from parents needs a proper presentation of the purpose with every detail. You can follow the tips to write an effective letter. The letter can be professional and personal so, according to the mood, [...]

How to Write a Permission Request Letter With Sample

A permission request letter is written to seek permission, according to the field of interest. This letter can be written for conducting a certain program or event to the authority of the concerned department. One can also write [...]

Writing a permission letter for industrial visit needs a proper presentation of the purpose behind such a tour. You can follow the tips to write your letter. Write your letter in a business style to communicate professionally with [...] 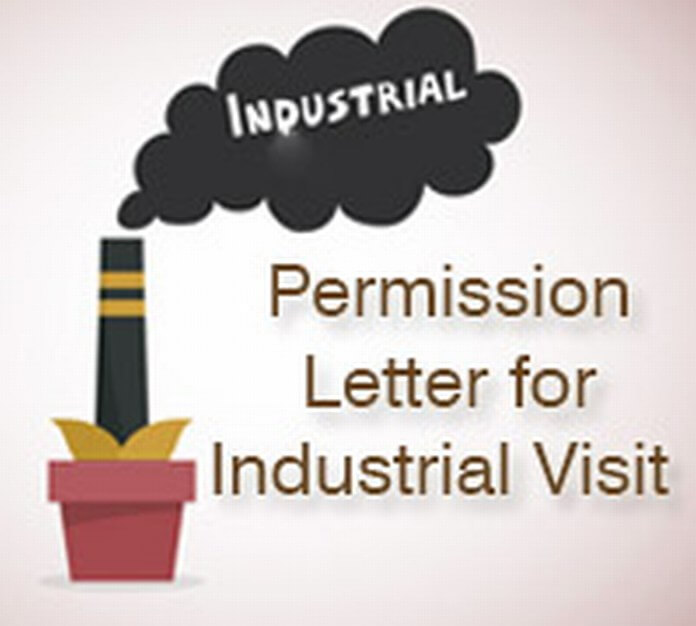 A permission letter for industrial visit, as its name says, is written for seeking the permission of an industrial visit as a part of the educational system. Generally, a school writes this letter to the concerned authority of [...]