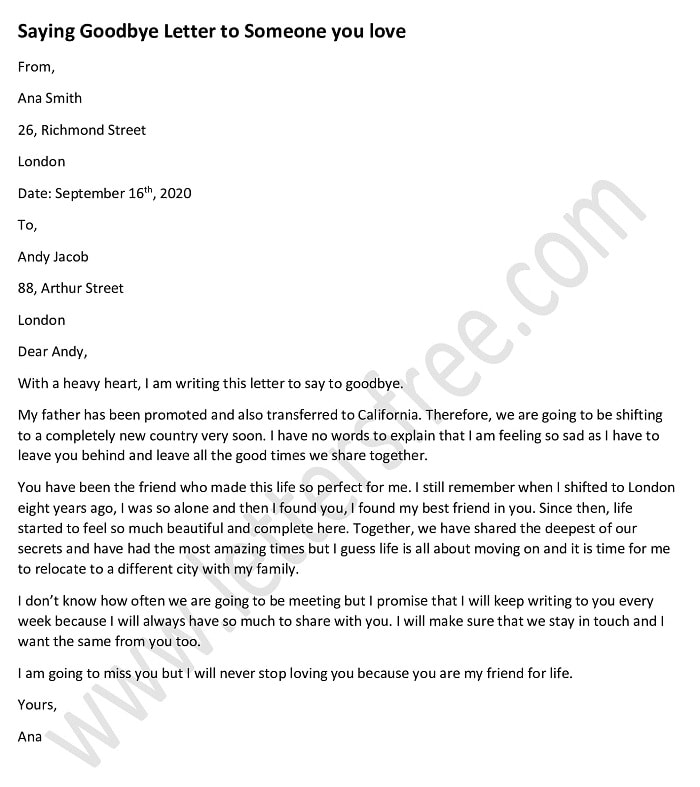 Saying Goodbye Letter to Someone you love

Goodbye Letter to Someone You Love It always hurts to say goodbye to the people you love and it is not easy to pen down a goodbye letter to someone your love. Feeling short of words while framing [...]

Though you no need to stress on the format and language to write this Funny Goodbye Letter, but if your emotion does not find the right way to come out, your funny letter fails to sustain the laughing [...] 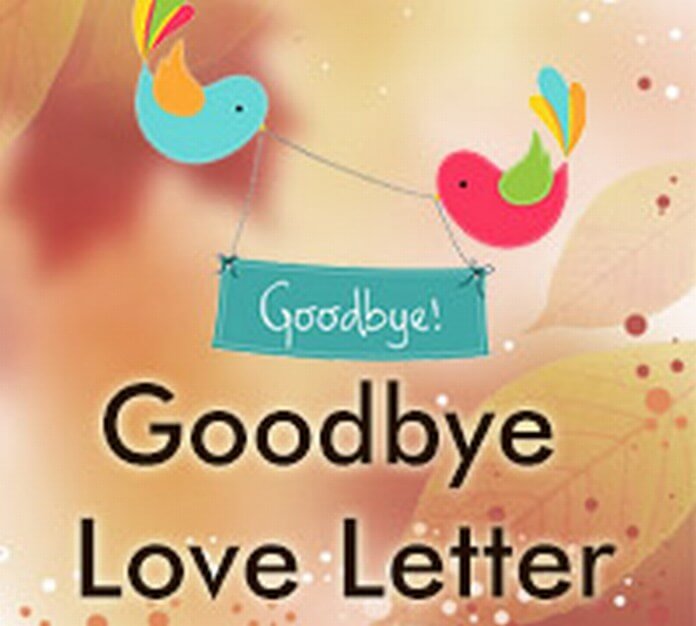 Writing a Goodbye Love Letter is nothing but expressing emotion and feeling through the words. As it is a personal goodbye letter, one can write everything what is one’s mind. This type of letter is written when a [...]

Follow the given easy tips to write an emotional goodbye letter to boyfriend. Write it on a beautiful and pastel colored letter pad. Start with your name and address followed by the same of your boyfriend. Do not [...] 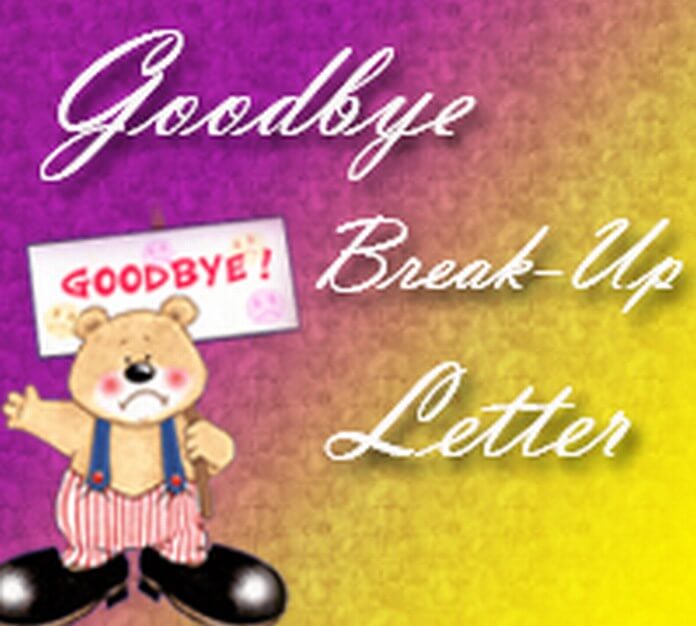 Good bye break up letter involves a lot of emotion and affectionate feeling. Though this letter carries the news of separation, it is able to deal with the situation in a much calm and tender manner. When you [...]

Tips for Writing a Goodbye Letter

Writing a goodbye letter is a formal way to inform that you are leaving forever. There are several situations when you may required to write this, such as to your colleagues on your retirement or leaving for a [...]

How to Write a Goodbye Letter