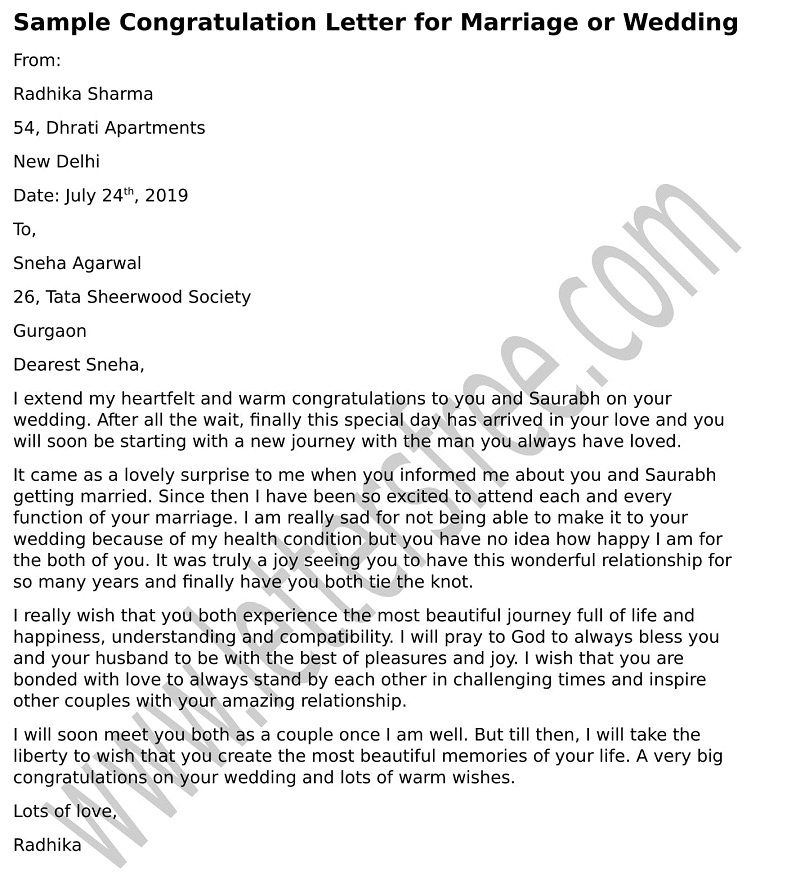 Congratulation Letter for Marriage Whether it is your friend, relative, colleague or business associate who has recently got married, you must send a Congratulation Wedding Letter to extend your warm wishes for a happy married life. Beautifully drafted [...] 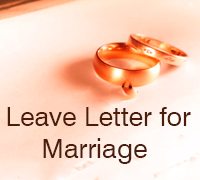 A leave letter for marriage is written to inform the employer about taking leave for the marriage issue. An employee writes this letter who is getting married soon and the letter should serve the officially submitted leave request [...] 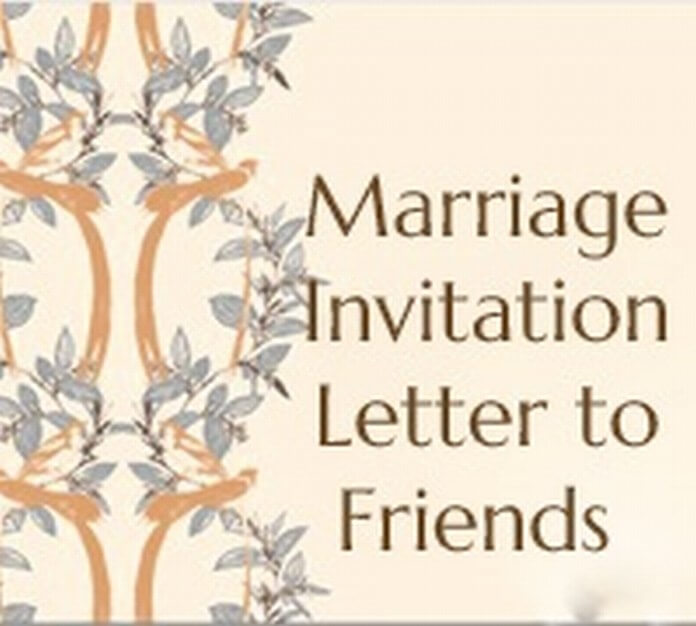 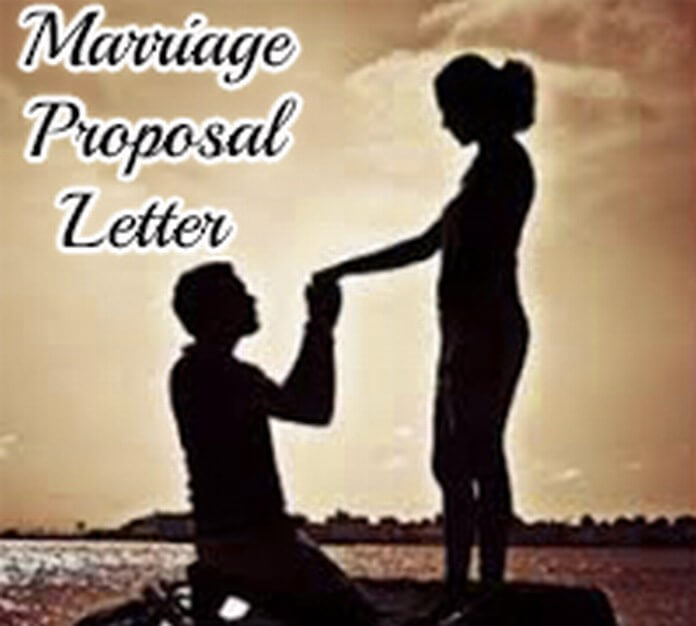 Marriage proposal letter is written by a man to propose a lady formally to get married with him. A perfectly worded letter surely ends up with marriage bells. It could be written from a boyfriend to his long [...]